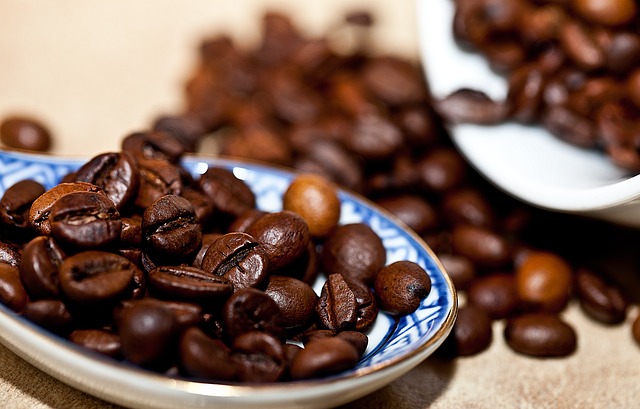 Searching for coffee beans? If you are a working person then coffee is indeed your best friend. A common fact about coffee is, it releases mental stress as it has an amazing fragrance and strong taste. But do you know what kind of coffee is perfect for you? Surprised with the question? Well, let me tell you, there are different types of coffee beans you might like to know about them. Let’s check them out!

Liberica also known as Liberian Coffee, is the rarest type of coffee beans. These coffee beans are species of flowering plants that come up from the family of Rubiaceae plant famous for the coffee beans. However, the taste of Liberica coffee is less strong than the other Robusta and Arabica coffee beans.

Liberian coffee plants are found in western and central Africa, in Liberia, Angola, and Uganda that are a house of these coffee beans and are also particularly naturalized and processed in the Philippines, Indonesia, Andaman, Seychelles, French Polynesia as well as the Nicobar Islands, West Indies, Venezuela, Malaysia, Columbia and also Brazil.

As Liberian coffee beans surprise the people because of its abnormal size, people also have different views about its taste. Some coffee lovers don’t favor the taste as it is naturally smoky in flavor. Other people compare it with tobacco and few call it woodlike note and earthy aftertastes.

Yet, there is a huge number of people who love this smoky flavor.

The world’s second most famous and most selling coffee is Robusta. Its beans are quite bitter but lower acidic than other coffee beans. Beans come up from a coffee plant Coffea Canephora usually called Coffea Robusta. Robusta beans are widely used in instant coffee, espresso and also to add as a filler in ground coffee blends.

Up to 40% of the world’s coffee production depends upon Robusta coffee beans.

The farming of Robusta takes place in the Eastern part of the world mainly in Indonesia as well as Africa. Nonetheless, Vietnam is the main ground for producing these coffee beans. But this is not all, the world’s largest producers of this coffee are India, the Philippine, Cameroon, Thailand, Madagascar, Guinea, Guatemala, Uganda, Malaysithe a Brazil, Cote d’Ivoire (Ivory Coast).

Robusta coffee plants can withstand extreme temperatures like up to 30 degrees of sun and even above that. However, this plant also requires a lot of water to stay healthy. This plant is quite flexible and little in size.

Robusta plants usually grow at lower altitudes and are immune to insects and various diseases. In the open and wild environment, it grows taller, but the farmers don’t let it happen to easily harvest the coffee beans inside its berries. Each berry contains two beans inside.

As Robusta contains more caffeine than other beans, it provides the following benefits to the coffee user:

People who don’t even know a single benefit of Robusta coffee beans, but have a strong taste, take this coffee overly. That’s because this coffee has less sugar and more caffeine and is extremely strong in taste. It is more earthy and grain-like in taste.

Arabica coffee is the world’s most famous and widely used coffee and considered to be the first cultivated coffee beans in the world.

Arabica coffee beans take up the world’s 60% of coffee production.

Arabica beans are produced in a large number in Vietnam, Brazil, Columbia, Indonesia, and Ethiopia.

Arabica coffee plants were first cultivated in Ethiopia. Later they were spread all over the world. More than 50 thousand varieties of Arabica Coffee exist in the world today. Such coffee plants are evergreen and grow up to a height of tall trees. Mostly these plants are present in different gardens with a slightly different taste.

Certainly, the taste of Arabic coffee is sweet and contains a good fragrance. Whether you want to take this coffee in its original taste or blend with low caffeine in other coffee, it makes you feel pleased with the admiring flavor.

Major production in Vietnam, Excelsa is considered as species of Liberica family. Covering only 7% of the coffee production in the world, it is only used for extra taste in coffee.

Dalat Highlands, area of Vietnam is famous for the Excelsa coffee farms. Traditional Sun dying method is used for processing of coffee.

Similar to Liberica as it Excelsa has the same tall trees, 20 to 30 ft in height, thus classified as Liberica specie.

Which Coffee beans are cheaper?

How many types of coffee beans are there?

There are 4 types of coffee beans
Arabica
Robusta
Liberica
Excelsa

Which countries are famous in coffee beans?

Depending on your favorite flavor and coffee from the above-mentioned types, there are many things new to read. Comment below what kind of coffee is suitable for you? We will love to help you out.