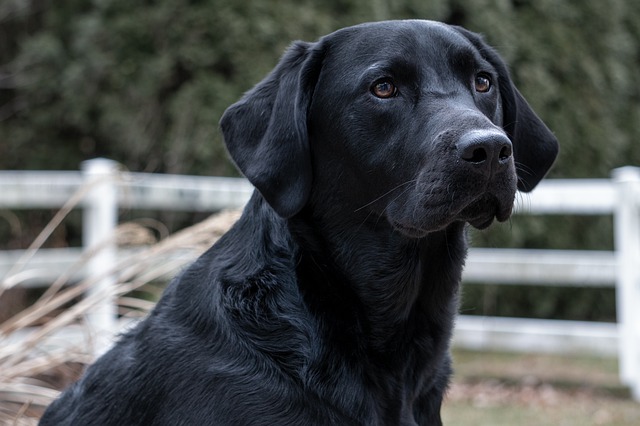 Here we have listed the top 20 ranked dogs in the U.S. along with their popularity ranks, personality features, average lifespan, and the group category that they lie in:

With higher dog adoption rates and everyone trying to get their own pet dog, the list of the dog breed options grows by the day and many mixed breeds are added to the list as well. The list given below contains the most popular AKC-registered dog breeds in the U.S.

Labrador Retrievers are the best fit definition of the most friendly dogs ever as they perfectly represent man’s best friend in every aspect. As the name shows, these dogs were originally bred to retrieve ducks. Labrador Retrievers are very well-known for their selfless and endless love and keenness for life and the owner as well. This sporty breed loves to play games of fetch.

According to the American Kennel Club, Labrador Retrievers have been on top of the list of America’s most popular and desired dog breeds since 1991.

German Shepherds are one of the most hardworking, courageous, and loyal dog breeds ever. They’ve been playing a role as working members of the society for a very long time and they are very well known for this achievement as well.

To most people who like to keep them at their houses, these courageous pets have been gentle Guardian Angels as well.

Military and Police units prefer German Shepherds while choosing dog breeds to work with because they are very well-known for their loyalty and the ability to learn faster than other dog breeds and they are very easy to train too.

These dogs are highly trainable and fit in the most appropriate definition of man’s best friend. They are kind of all-rounders because they have the ability to play as well as work. If you want a dog whom you can train as well as play with, then go for Golden Retriever because they are the best choice for you. Golden Retrievers have been very well-known as guide dogs for blind pet owners.

Bulldogs were named after the name of a brutal 13th-century game, bull-baiting, which pitted dogs against bulls.

Bulldogs are a great choice for you as a pet if you’re a big fan of air-conditioning just like many Bulldog owners. This breed has a hearty build of body and very gentle nature which makes them the most loving and loyal companions for dog owners.

French Bulldogs are dogs with wrinkled faces, large bat ears, and irresistibly cute body structures. Looking at their physiology, it’s easy to see why this photogenic dog breed is so much loved and one of the most desired dogs breeds as pets.

French Bulldogs are the most likely choice for city dwellers as they are very quiet and small in size. French Bulldogs can be great watchdogs, but they also need a lot of attention on the owner’s part as well.

Beagle is the dog breed that stays like a puppy its whole life because of its small size. Small size paired with their curious nature makes them the most playful dogs ever.

The curiosity in its nature and playful habits make them win different dog games that they part in. This dog breed was originally bred to help with hunting in packs because of its active nature.

Poodles come in different sizes and colors which makes them one of the most loved dog breeds by ladies who own dogs. Poodles were one the very first dog breeds domesticated by kings for their queens i.e. they are also known as royal dog breeds.

There is a great variety of poodles out there, so these are available for anyone with different demands about adopting a pet dog. Poodles are very easy to train and they take part in different games as skilled athletes as well.

German Shorthair Pointers are very noble and aristocratic dogs. According to the American Kennel Club, people use both these words to appropriately describe the nature of these dogs.

It’s hard to find someone who might describe this dog breed otherwise. They are well-known for their elegant nature and spotted appearance. German Shorthair Pointers are excellent swimmers as well.

Rottweilers are very calm and collected dogs when they are well-trained for it.

On the outside, they may seem a little aloof, but the family members know very well how cuddly teddy bears Rottweilers can be.

Rottweilers were used as rescue dogs after the 9.11 terror attacks.

Pembroke Welsh Corgi made its place in the top 10 of the most popular dog breeds of the U.S. two years ago and it was surprising news to even experts of this field.

The main reason for this leap seems to be this breed’s clever and curious nature along with its adorable appearance. Brandi Hunter, the American Kennel Club’s vice president of public relations and communications, has also added that pop culture might be the main cause of rising in this breed’s popularity among the masses.

Britain’s Queen Elizabeth II also happened to be a big fan of this particular dog breed which makes them the favorite Royal dog breed. She owned over thirty Cogis during her lifetime.

Yorkies were the first therapy dogs ever!

You’re hereby warned not to be fooled by the stunningly glamorous hair coat that these petite beauty queens have!

Yorkshire Terriers were originally bred as hard-working ratters. Their appearance might fool one but they are very loyal and hardworking dogs.

The distinct looks and elegant personality of Dachshunds is one the main reasons for its popularity among the masses while adopting pet dogs.

The cause of this breed for always being endlessly endearing is its boldness, stubbornness, and enthusiasm. This amazing dog breed was originally bred in Germany to help in hunting badgers.

Australian Shepherd is the best partner cowboys can ever have!

Australian Shepherds are well-known for their intellectual abilities as they are very smart and fast learners as well.

Along with that, they are tirelessly tough too. Australian Shepherds don’t age that fast which makes them do very well in agility challenges. They are considered to be the best herding dogs.

Not to be confused with Alaskan Malamutes or maybe wolves!

Their bodies are built for running long-distance in harsh and cold climates. The most popping feature in Siberian Huskies is their striking blue-colored eyes.

If you are a resident of colder climate areas, Siberian Huskies are the most reliable dogs you can ever get.

Boxers are considered to be an all-rounder package while choosing a dog for adoption. What makes them popular is their loyalty, courage, goofiness, and affection for their owners.

First boxers were bred to provide aid to the hunters while hunting by picking the prey and keeping it still until the master arrived.

Traditionally Boxer owners used to crop the ears and dock their tails for better appearance as hunting dogs.

Given the musculature of Doberman Pinscher, one can’t argue the fact that the American Kennel Club has described this dog breed as having a “noble-wedge-shaped head”.

Doberman Pinscher is a fast learner that’s why they are considered easier to train. They have superior intellectual abilities which give them an edge over other breeds of this species.

The surprising fact is that they are not Danish at all!

However, they were bred in Germany. Great Dane is a heightened dog breed! Like 32 inches at the shoulder!

They have been called various names like German Dogge, German Mastiff, and English Dogge as well.

If their face seems familiar to you, you’ve seen them before because they are sort of comic heroes as well.

It is said that Shih Tzu has a resemblance with the little lion from traditional Chinese art and that’s why they are also called lion dogs.

These lion dogs need maintenance daily that includes brushing the coat every day just to avoid matting the coat. Shih Tzu was bred for royal palaces, so one must say these are sort of Royal dogs.

For decades, Chinese officials didn’t let this prized pet leave their country but this breed was imported to Europe in 1930 for the first time.

Shih Tzu has been used as a reference for characters in games including the Animal Crossing video game. The mascot in this game named “Isabelle” is a Shih Tzu.

Originally bred in Germany, the Miniature Schnauzers were the farm dogs.

But seeing different charming shows around the globe, one can say they are found in different corners of the world today.

One can assume that his dog is a Miniature Schnauzer but only three options of the color combinations are acceptable in the American Kennel Club that is:

Romans bred the Bernese mountain dogs more than 2,000 years ago but there have been certain changes made in this breed in Switzerland recently.

This particular dog breed prefers to make a friendly bond with a single person or his family.

Experts consider this particular habit of Bernese mountain dogs as their typical behavior. So, if you come across an aloof member of this breed, I’d suggest don’t be snobby.

Cane Corsos have been given a name that’s pronounced in the traditional Latin way saying “CAH-nay COR-so”.

The reason behind the pronunciation of their name this way is that they were originally bred in ancient Rome. The rough translation of this name is “guard dogs”.

Pomeranian dogs were named after the area where they were first bred and that’s found between Germany and Poland.

As the name suggests, it’s the home country of this favorite toy group dog.

Technically, one can say these are the smaller versions of the Spitz Sled dogs from the north.